Sky is Blue and the Rivers Flow

Southern Apache Museum opened its doors JANUARY 2012. it became a place to learn, teach, and  a community center for the indigenous IN HOUSTON of all first nations. On may 31, 2017 the northwest mall in houston, asked all retailers and S.a.m. to leave. We later found out the Northwest mall is  NOW a proposed site for the bullet train that will travel from Houston TO Dallas in 30 minutes.  S.A.M. IS NOW IN THE PROCESS OF LOOKING FOR A NEW HOME. IF ANYONE OUT THERE KNOWS OF A SPACE OR BUILDING WE CAN USE AT A GOOD PRICE PLEASE E-mail US.

This was made possible with funding by the
City of Houston through Houston Arts Alliance.

HOUSTON DOES NOT HAVE A NATIVE AMERICAN INDIAN  URBAN HEALTH CENTER, CLICK HERE FOR RESOURCES THAT CAN HELP.

PRESERVING OUR WAY OF LIFE AND WALKING IN BEAUTY

NATIVE AMERICANS CAN APPLY FOR THE AFORABLE CARE ACT ALL YEAR LONG. IT CAN BE AN ASSET. 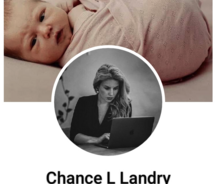 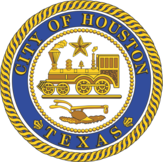 ​​​FACEBOOK IS HELPINGTHE CRIMINAL WHO HAS STOLEN MY IDENTITY ON FB.

APPARENTLY THEY  MAKE IT EASY

FOR THIS THIEF TO STEAL MY

FACEBOOK PAGE AND ARE MAKING IT HARD FOR ME TO RECLAIM IT!

IF ANYONE RECEIVES A MESSAGE OR EMAIL FROM ME ASKING FOR

MONEY, OFFERING OF A JOB,

OR ASKING FOR ANYTHING

THROUGH FB IT WILL NOT BE ME.

PLEASE EMAIL ME THROUGH ​THIS WEBSITE TO LET ME KNOW.

HOW THE AFFORDABLE CARE ACT can help you

click on link above and scroll down when you get there

Preview of some of Southern Apache Museum (SAM)

by Chance L. Landry through Emaze

They took my photos off

but kept all my posts.

So this thief apparently is​

instead of me now and